So if you spotted my previous post regarding rebuilding my Azure enviroment to get access to the D series VM's, you will likely have noticed that I all went rather smoothly, well today we found a rather obscure issue.

While browsing the SharePoint sites was all fine, whenever someone attempted to use the User management interface, they would receive a non discript "Error"

AppInsights to the resuce

Thankfully I've been using Vs Appinsights for some time now, and it was enabled on the servers in question, Which had caught more info as to the cause. 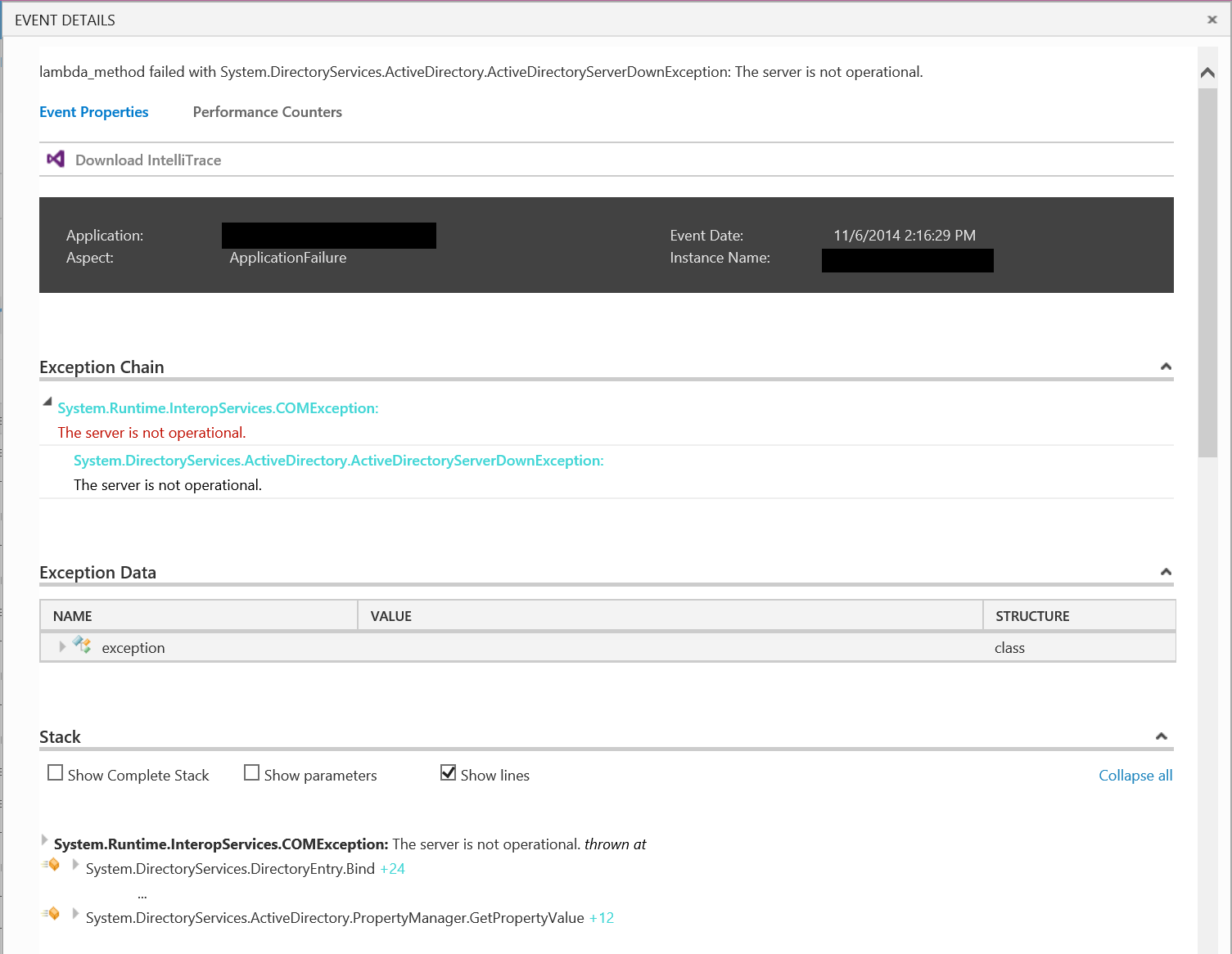 Running a Tracert from a non domain controller, showed that no route to that particular machine could be found.

In the end the fix was very simple, while I was planing various fixes to attempt, I accidentally discoverd the fix.

Yes thats it, all it took was turning the machine off for a min, this must have caused the gateways in Azure to recreate the tables with a valid route to the PDC, when it was switched back on, everything sprung back into action.

this post is now outdated, a more up-to-date version can be found here I've been playing with the next version of ASP.NET, converting a LOB web app to gauge the benefits, and so far I really like what I have seen. Despite how

The problem Over the past year, I've been gradually moving a large, heavily customised SharePoint environment to Azure. While everything has gone pretty smoothly on the Azure side, as we approached the go live date I ran various Load tests and came across an