I'm in the process of prototyping an internal mobile app and backend services, built using ASP.NET 5.0, SignalR 3.0 and Tools for Apache Cordova.

I've been having issues launching an small MVC project using the in-built Visual Studio debug profile for web, this project just contains some WebApi code. The command prompt would open, and the diagnostic tools would briefly flash up before it all disappeared and i was left with this helpful line.

Having looked around logs and events, I found no trace of what was causing the issue. If I instead launched the project manually from the command line, everything worked as expected.

After attempting to run it a few more times from Visual Studio, due to a bit of system lag the command prompt window stayed open slightly longer, and I glimpsed part of a large wall of text that lead me to the issue.

I then went into the new properties window added for CTP6, and tried removing the arguments I had added completely. 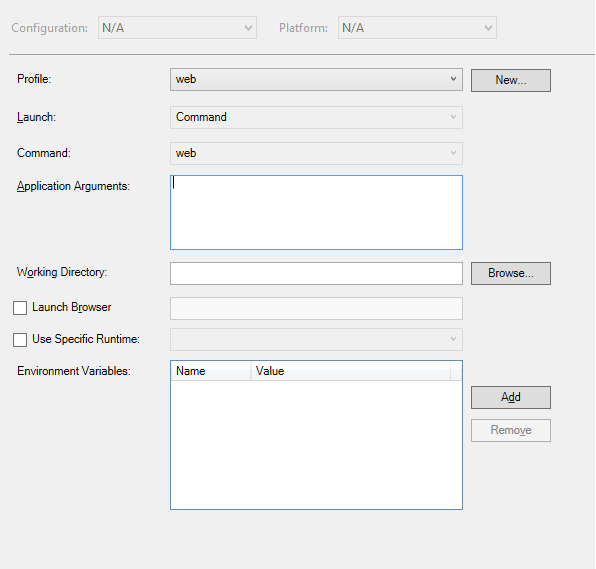 Now when I hit F5 to debug the command prompt stays open and everything runs as expected. However my desired Url is not being used

It turns out the fix was pretty simple, the arguments must be wrapped in "" 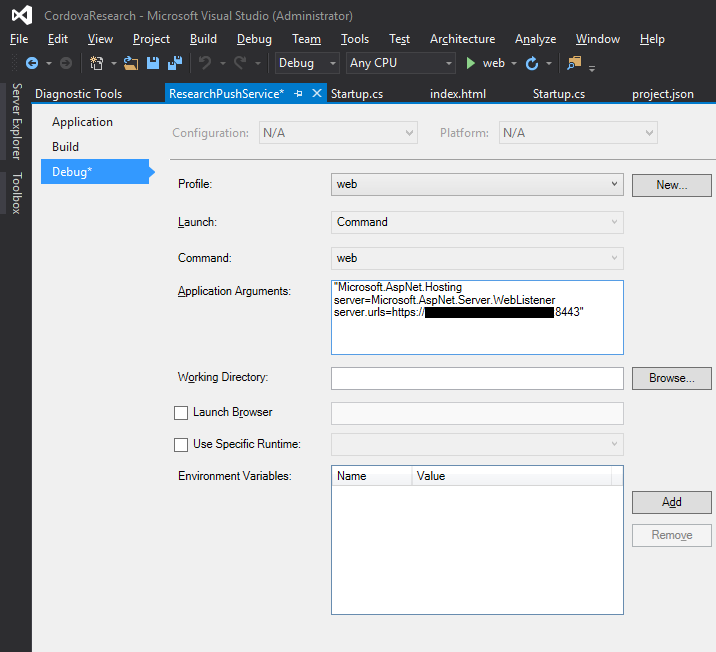